Does The Bible Prove True?

2 Timothy 3:16 “All scripture is given by inspiration of God, and is profitable for doctrine, for reproof, for correction, for instruction in righteousness.”

Have you ever had people question the authenticity of the Bible? I have! Especially on social media. We can see these heated arguments between Christians and those who were once Christian or think they know about christianity, and the whole argument is unfruitful, meaning, no one is winning. I often times stay out of these arguments, but I saw a worship leader I used to admire post something that wasn’t right. For her to stand and post something against God’s word really bothered me. So I decided to read the comments. As I scrolled through I saw a guy defending God’s word and what it said about the matter. He was absolutely right in what he had said. But there was a young woman who was being rude to him. I the decided to say something. I had a conversation with her and said she had her taste of Christianity and didn’t want any part of it. She had also said that, “God’s Word isn’t fact or science. Men wrote the Bible. Flawed and sinful men according to your religion.” Her comment really angered me. Only because I really hate when people make statements that are completely inaccurate because they never took the time to actually look into what they’re so against. Here’s my thoughts on her statement.

Proverbs 30:5 “Every word of God proves true; he is a shield to those who take refuge in him.”

I know this is true! Every word of God does prove true. Everything God says is true. If you look at the History of the Bible and all the things that have happened, other sources prove that these stories are true. For instance, the ark. In Genesis we see the story of Noah and his family. God spoke to Noah and told him to build an ark to save his family because of how evil and corrupt the people were. God wanted to start over with Noah’s family. How do we know all that even happened? Well they did find the ark that God told Noah to build!

This “Ark-shaped” formation lies approximately 15 miles from the summit of Mt. Ararat. It was popularized by Ron Wyatt, who claimed to have found numerous artifacts in the vicinity to corroborate his claims. Often heralded as the remains of Noah’s Ark, the Durupinar site appears to be just one of many similar-looking geologic formations in this region of Turkey.

Pretty amazing! God’s word proves true. We also see this just within Scripture itself. There are tons of prophets in the Bible that heard from God and He spoke to them about the coming of Jesus. There are also things throughout the Bible that are a “foreshadowing” of the coming of Jesus. If you translate the Hebrew of Genesis 1:1 with the paleo Hebrew (which is like pictures) it says, “Strength Of The Cross”. It also correlates with John 1:1. Let’s compare the two!

In the beginning God created the heaven and the earth.

The same was in the beginning with God.

All things were made by him; and without him was not any thing made that was made.

In him was life; and the life was the light of men.

And the light shineth in darkness; and the darkness comprehended it not. John 1:1-5

When looking at these two together, they are very similar. Jesus was the word made flesh the Bible says in John 1:14. It was said within the words, “In the Beginning” that it told of the power of the cross, and the coming of Jesus to save humanity from eternal death. Many other times in the Bible it tells of Jesus before He even came in the book of Matthew. You know the story of Shadrach, Meshach, and Abednego? In Daniel 3:16-28 it tells of the story of these 3 men who would not bow down to the idol because they only served one living God. Because they would not bow down and worship they were thrown into a fiery furnace! How scary is that? The fire was so hot that the guards who brought them to the furnace burned! The 3 men were thrown in and the door was shut. When they looked in to see they said they saw a 4th person in the furnace.

And these three men, Shadrach, Meshach, and Abednego, fell down bound into the midst of the burning fiery furnace.

Then Nebuchadnezzar the king was astonished, and rose up in haste, and spake, and said unto his counsellors, Did not we cast three men bound into the midst of the fire? They answered and said unto the king, True, O king.

He answered and said, Lo, I see four men loose, walking in the midst of the fire, and they have no hurt; and the form of the fourth is like the Son of God. Daniel 3:23-25

How crazy is that? There was another person in the fire with them! Standing with them. It was Jesus! The rest of the story goes on and their clothes didn’t even smell like smoke when they came out. The king became a believer in the Lord after that day.

I could give you a million more examples but if you’re reading this, I probably don’t have to explain to you that the Bible is true. But what I do want to address is the fact that we need to understand that God’s word is true as believers so we can give an answer to the ones who need it. We must know that the Bible is an incredible book that is full of truth and encouragement. Our job is to preach the gospel and save the lost. How are we to do this if we cannot know the word of God ourselves? It is time that we stop living off of what others say in blog posts, podcasts, YouTube videos, and the pulpit, and truly understand the Bible for ourselves. We have to desire to know God and know His word. Whenever people come at you questioning the authenticity of the Bible or the devil starts telling you lies that make you question your faith, you have to remember the words of the Bible and what God says about it. There is a story of Jesus whenever He was being tempted by Satan in the wilderness, Satan was twisting God’s word to use against Him. Jesus then combated Satan with the Word. (Matthew 4:1-11) His word has to be written on your heart. That is how we fight back and demolish the lies.

When I was around 14-15years old I really started reading the Bible on my own. I used to think it was super boring to be honest, so if that’s you, you’re not alone and it is okay! After many many years of pushing through the boring and finding a routine and study method that works best for me, I can now say that scripture verses come to my mind constantly. It is pretty cool how that happens. Now that I am 24 almost 25 I can see the fruit of many hours of trying to understand the word and reading it daily even when I didn’t feel like it. God is transforming me daily and renewing my mind. When you’re washing yourself in the Word of God daily the verses and stories will come to your mind when you need them to encourage others or to encourage yourself! Reading the word daily is so important! I was also very blessed to have Godly parents who always spoke truth over me and did bible studies with us. We all must continue to seek the Lord everyday. We must daily read the word and let it transform us. Let God’s word renew your mind and let it change your heart. The word says,

Tagged as bible study about is the Bible true, God is light, God is truth, Is God alive?, Is God's word true?. 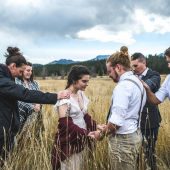 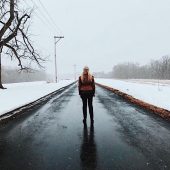 How Strong Is Your Faith? Alaina Allen Testimony 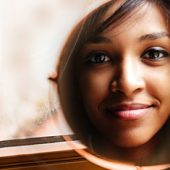 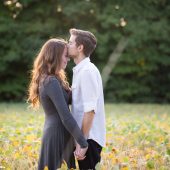 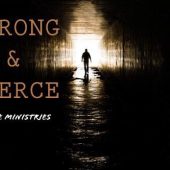 Is Your Hope In God Or Church?

Is Your Hope In God Or Church?

We Need Each Other